Over 2,000 years ago, the Hopewell Indians, known for their large burial mounds, occupied the Grand River Valley. About 300 years ago, the Ottawa Indians moved into the area and lived in several villages along the river. When the British and French arrived, the Ottawa traded fur pelts for European metal and textile goods.

One French trader named Louis Campau established a trading post here in 1826. Although he was not the first permanent white settler (that distinction falls to a Baptist minister named Isaac McCoy who arrived in 1825). Campau became perhaps the most important settler when, in 1831, he bought what is now the entire downtown business district of Grand Rapids from the federal government for $90.

By 1838 the settlement had incorporated as a village encompassing an area of approximately three-quarters of a mile. The first formal census occurred in 1845 which announced a population of 1,510 and recorded an area of four square miles. In 1850, the burgeoning community was incorporated as a city with a population of 2,686. By 1857, the city of Grand Rapids’ boundary totaled 10.5 square miles.

With the new century, the people of Grand Rapids numbered 82,565. In 1916 the citizens of Grand Rapids voted to adopt a home rule charter that abolished the old aldermanic systems and replaced it with a commission-manager form of government, one of the first in the country. That 1916 Charter, although amended several times, is still in effect.

Two non-partisan commissioners are elected from each of the city’s three wards while the mayor is elected at large by a majority of all voters. The comptroller is also elected ‘at large’ as well as a seven-member Library Board. The manager is hired by the commission to serve as the city’s chief administrator, and is responsible for the coordination of all city departments and for the execution of policies and programs set by the commission.

Grand Rapids has a history of leadership. In 1881, the country’s first hydro-electric plant came to life on the City’s west side. Grand Rapids led the nation in 1945 when it became the first city in the United States to add fluoride to its drinking water. Grand Rapids lays claims to the first scheduled air service, and the first publicly-funded art installation.

Like the river it’s named for, the City of Grand Rapids is vibrant, exciting, and diverse. 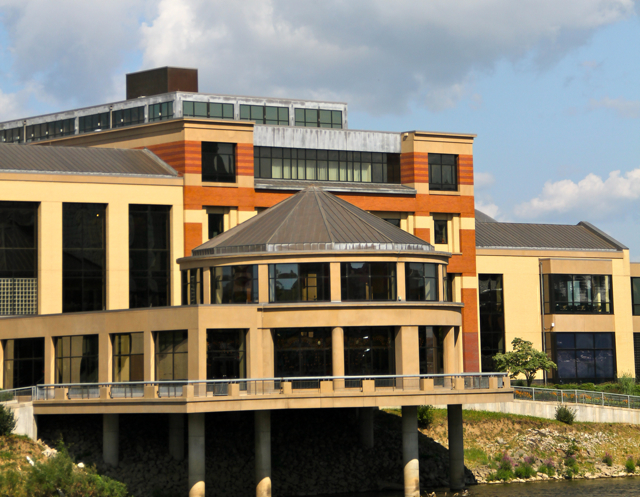