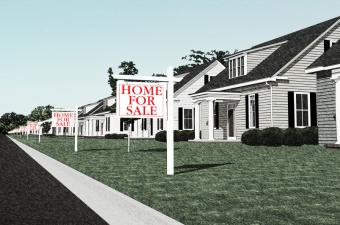 The long-awaited housing recovery is beginning to blossom, according to industry experts taking a look at recent existing-home sales.

The evidence: home sales have been on the rise for the past three months, posting a 5 percent increase in December.

Lawrence Yun, chief economist for the National Association of Realtors (NAR), concurs with Dales’ assessment, saying “The pattern of home sales in recent months demonstrates a market in recovery.”

In addition to the 5 percent increase in December, NARreported a 1.7 percent annual increase in existing-home sales in 2011, a total of 4.26 million homes for the year.

Distressed homes made up 32 percent of sales in December, according to NAR’s existing home sales report for the month.
Foreclosed home sales closed at about 22 percent below market rate in December, a discount 2 percent higher than that recorded a year earlier.

Investor demand remains steady with 21 percent of homes sold in December going to investors after this category of buyers took 19 percent of purchases in November and 20 percent one year ago.

Cash sales – commonly linked to investors – made up 31 percent of December’s existing-home sales. This rate was 28 percent in November and 29 percent a year ago.

Housing inventory is on the decline and fell to its lowest level since March 2005 last month, according to NAR. Approximately 2.3 million homes are available for sale currently.

“The inventory supply suggests many markets will continue to see prices stabilize or grow moderately in the near future,” Yun said.

However, listed inventory is only part of the equation, and according to CoreLogic’s latest numbers, shadow inventory stands at about 1.6 million.

Regardless, Dales believes sales will rise this year. “Housing still won’t contribute much to GDP growth over the next few years, but at least it will no longer subtract from it,” Dales says.